FAQ – Get Smart About Your Insurance 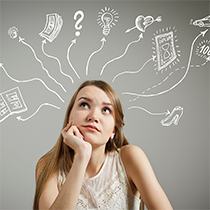 How much Auto Insurance do I need?

If you’re found to be at fault in an accident, liability coverage will help you pay for damage to another person’s property (this is called property damage liability) or for costs associated with their injuries (the coverage known as bodily injury liability) that you are responsible for.

When you’re reviewing the liability coverage options of your auto insurance policy, you will notice different limits:

Property damage liability limit. This is the maximum amount your insurer would pay for damage to another party’s property. The maximum payout would not exceed the limit you’ve set.

Bodily injury liability limit per person injured. This establishes a maximum payout for each individual who is injured in an accident that you cause, up to your policy limit.

Bodily injury liability limit per accident. This sets a cap on the total amount that your insurance provider will pay out for all damages associated with a single accident you cause. It’s important to set this limit high enough so that it will be enough to pay the medical expenses incurred by multiple people.

In the case of an accident, the minimum liability insurance required by the state may not be enough coverage to pay for the damages that result after an accident. In this case, the driver responsible for the accident may have to pay additional expenses out of pocket. To determine how much Auto insurance you need, consider:

When you purchase an auto insurance,  pay attention to the liability limits you choose. You need to meet the state’s minimum required limits, of course, but you may want to purchase a policy with higher limits to make sure you’re better protected. The reason is that, if the damage you accidentally cause exceeds the limits of your coverage, you may be held financially responsible for the difference. As you consider what kind of auto insurance policy to purchase, talk to a professional insurance agent about your options and the liability coverage limits that make sense for you.

Why Farmers Home Insurance is a Smart Choice

Your home is probably your most valuable financial investment. But it’s so  much more than that! Your home represents your family, your lifestyle, your escape from the world outside, and that reward for years of hard work and dedication. And Farmers understands how vital it is to protect that. That’s why we’ve spent 85 years building a Smarter Choice in Home Insurance. With Farmers Home Insurance, you get so much more than just coverage.

How does a car insurance company determine what a claim is worth in the event that your car is totaled? In general it depends on the value of what was damaged/lost. But how is value decided? There are three methods of valuation used to settle car insurance claims: actual cash value, agreed value, and stated value.

“Actual cash value” (ACV) refers to what your car was worth the second before it became a total loss. For this type of valuation, a claims adjuster will head out to the tow yard or ask you to bring the vehicle in for an inspection. When it comes to ACV valuations, keep the following in mind:

Under ACV, an adjuster has to retrospectively determine the value of your car after it has already been damaged. Under an “agreed value” car insurance policy, you and the insurer will come to an agreement on your vehicle’s value before you sign your policy and buy the insurance. If you need to file a claim later, you can rest assured that the insurance company won’t lowball the valuation and leave you holding the bag (which is always a risk with ACV insurance). How do you know if you have agreed value insurance? Don’t take an insurance agent’s word for it–read the policy. Many shudder at the thought of studying insurance documents, but it’s the only way to find out where you stand. Check your policy for language like the following: “In the event of a theft or total loss of your vehicle we will pay the Agreed Value.” And remember that when you see words like “Agreed Value” capitalized in a policy provision, it usually means the term is defined somewhere else in the document. Look it up to learn exactly what is meant by agreed value.

If you own a classic, antique, or collector car, you probably already know that insuring it isn’t as simple as comparing quotes online and signing up. While it’s possible to get a fair ACV settlement, most owners of collector vehicles shudder at the thought of a claims adjuster who looks at Honda Civics all week trying to accurately appraise their investment. And while stated value may sound like the villain of specialty car insurance options, it can still work to the advantage of some car owners. For example, let’s say you inherit a collector car worth $300,000, but you don’t want to pay the premiums associated with an agreed value policy for such a valuable ride. With a stated value policy you can ‘state’ the car’s value as $200,000 and pay lower premiums based on that artificially-limited valuation. If the car is totaled, the insurance company would pay the lower of $200,000 or ACV. Stated value policies give specialty car owners an opportunity to insure part of their investment, making it a potentially attractive middle ground between ACV and agreed value.

Consider a Specialty Car Insurance Company for your Collector Car

In general, specialized classic car insurance companies will be able to offer you far greater coverage at a lower premium than the better-known personal and commercial auto insurance companies.  Many specialty policies include unique options such as roadside assistance with guaranteed flatbed towing, the ability to select your own repair shop, and coverage for any spare parts and tools necessary to bring your car up to speed. And perhaps most important of all, their adjusters know collector cars. Too often, adjusters who process claims under ACV policies simply don’t know any more about specialty vehicles than the Average Joe, and therefore aren’t equipped with the valuation and assessment tools needed to accurately compensate you for your loss.